Books Around the World Update 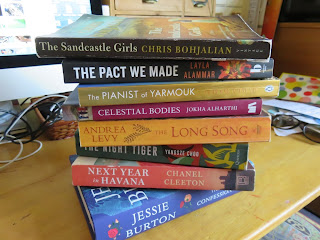 And yet more titles from my reading challenge ticked off this year so far. 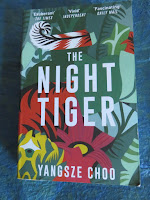 The Night Tiger by Yangsze Choo ***

I picked this book up from looking at Reese Witherspoon's Book Club list and frankly it wasn't entirely my taste... however, it was a good enough story that kept me engaged until the end, even though it felt more like young adult fiction.

Set in Malaya in the 1930s,  Ren is an eleven year old houseboy who has a secret mission to find his dead master's severed finger and reunite it with its body.   He has 49 days to do this or else his master's soul will roam the earth for ever.

Meanwhile Ji Lin, a dressmaker's apprentice, finds the finger while moonlighting as a dancehall hostess to help pay her mother's debts.   Their paths cross and we get a good insight into the tradions of both the colonial British in Malaya at the time and of the local beliefs, myths and traditions. 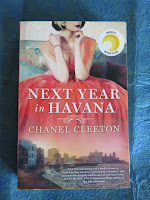 Next Year in Havana by Chanel Cleeton ***

Again, another from Reese's book club and again a bit chic lit for my tastes ..

However, this was a good look at the lives of both the wealthy who fled Cuba when Castro took power as well as the lives of those who stayed behind.   It explained very well the life under Batista and the revolution that brought Castro and Che Guevara into the spotlight and the reality of what happened once they took power.  It also brought some much needed sunshine into the grey winter months.

As a border liver I understand the conflict of duality of those people who left the Cuba for America - the feelings of not knowing who or what they really are - are they American now or will they always be Cuban - that identity, and their wealth,  is tinged with the feelings of loss and guilt at what they left behind.

Even though I didn't like the writing in this book, it fulfilled its place in my challenge to teach me about another culture however it left me with the feeling that I never want to visit Cuba as it is now, something that would have been on my wish list of places to see.  Musicians have always been special in Cuba, but it was made clear in the story that they, the artist class, were treated in a way that the average Joe isn't. 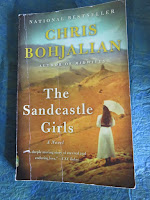 The Sandcastle Girls by Chris Bohjalian ****
Another book set in Syria but really the story is about Turkey and Armenia.

A very good, if harrowing story, set during the Armenian genocide in 1913-15 in Syria and Turkey.  This was a part of history that I had never heard of and the book was written to coincide with the centenary.

Elizabeth Endicott is a wealthy young American who arrives in Aleppo, Syria with her father on an aid mission to help deliver food and meidcal aid to refugees of the Genocide.  There she meets and falls in love with a young Armenian engineer who has lost his wife and infant daughter.

I've read a few books about the animosity between Turks and Armenians but didn't know any of the reasons.  This was a very good read. 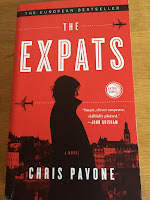 The Expats by Chris Pavone ***

Not much to say about his one ... it's a bit of a romp spy story ... easy enough reading.
We visit Luxembourg quite often and play there most years so it was quite interesting for me visiting some of the landscape I know, but other than being set in the city there, it didn't add a lot to my knowledge of Luxembourg - might need to read something in French to get further into it.

What have you been reading recently?  Any suggestions to fit my journey, preferably lighter themes?   A lot of stories that make it to best of lists are set in conflict zones and I find it hard to constantly read heavy stories even though it is interesting to learn about history and geography through fiction.  Still there's times that a jolly good laugh or detective or a love story will do just as well.

As always a huge thanks to Ash at Tale Away where I get lots of inspiration of new countries to visit and new writers from those countries.