I can hardly believe it's Midyear's Day - and it still feels like the summer has to come.   How are you doing?  I wish you all the joy of the Solstice, whether winter or summer, and a continued happy and healthy rest of year to come. 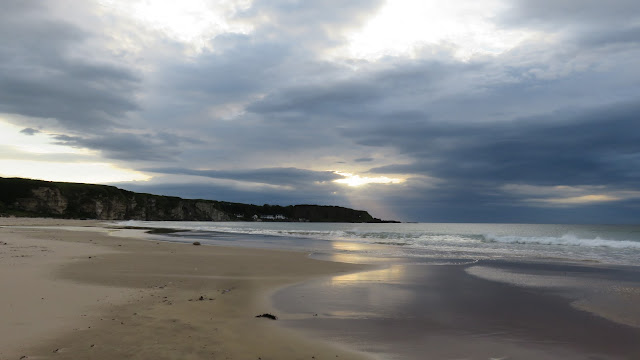 We spent a week at the start of June up on the north coast of Co. Antrim, an area I absolutely love and which is gloriously unfamiliar to me - growing up in the west our summers were spent on the Donegal or Sligo coast.  It's part of the Wild Atlantic Way tourist route. The photo above was taken at White Park Bay just around the corner from the Giant's Causeway - there were only two other people walking there when we visited this 2 mile stretch of sandy beach.  Beautiful.  In a way it's a blessing at the moment not being able to travel far - we're getting to see parts of our own country with fresh eyes.
From there it's 20 miles west to Donegal and 11 miles east to Scotland.
While we were there we spent an afternoon on Rathlin Island which is the most northernly part of Ireland, another place I've always wanted to visit.   You can see from this map how close we are to Scotland. 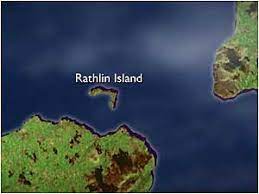 There's something really special to me about islands and this place is no different.   We were limited in the ferries we could get - lots of people very happy to be allowed back out to the island - so we didn't have a lot of time but it was still worth the few hours we were there and we'll definitely go back.
(My photographs were terrible as I couldn't go down to the viewing platform so I've borrowed a few from the tourist board). 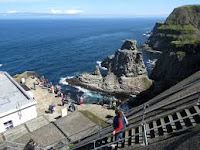 Rathlin is special for many reasons, mainly as a roosting site for puffins and many different seabirds who migrate there each year.  The seabird centre, run by the RSPB, gives access to a viewing platform to watch the many nesting sites.  It was also the place that  Marconi used for his first transmissions across the Atlantic.

One of our local authors, Bernie McGill, wrote a cracker novel based on Rathlin called The Watch House- definitely worth a read (imho) - set at the time of the modern world starting to impinge on island life.

Things otherwise here are fairly routine  - I've discovered that I work best to deadlines and without those practising is just a chore.   "I sing for other people" someone said recently and it resonated with me.   Still no dates for concerts as the arts centres and touring venues have no date to open and will need weeks to get the venues ready for people again.   But, there's lots of work getting done in the garden - it's finally taking shape and Tom has just finished building me a garden glass house made from reclaimed windows and wood - I knew there was a reason I married him lol